With all of my students, I stress the importance of memorizing their pieces, especially for performance at a recital. Here’s some of the reasons why.

Repetition is the Mother of Skill

How many times did Tiger Woods hit a golf ball before ever entering a competition? Apparently he was already golfing at age 2 when he made an appearance on the Merv Griffin show with his Dad. He turned professional at age 21 after winning many competitions along the way. That’s 19 years and probably 30,000 to 40,000 hours of practice! In Malcolm Gladwell’s book Outliers,  he discusses the theory that it takes an applied 10,000 hours of practice to mastery in any field. No wonder Tiger Woods is the greatest golfer that ever lived!  He’s simply played 3 or 4 times much as anyone else before he even turned pro!

Now, I’m not demanding 8 hour practice days for my students, but five minutes the day before the lesson is just not going to cut it. It’s unfair to the student who is going to sound awful and not enjoy the wonderful process and sense of accomplishment of learning a song to a masterful level.

As we use our muscles to achieve the production of sound, we need to train them to move in specific ways. Fluidity can only be achieved by repetition. By consciously practicing the repeated motions at the same time being mindful of proper alignment of back, wrists, hands, we can create smooth, fluid motions that create beautiful sounds without repetitive stress injuries.

Practicing small bits at a slow speed can produce incredible, exponential results. When pianist Glenn Gould burst onto the scene as a young man, his flawless technique stunned the world, as did his ingenious interpretations of Bach.

The bits of music phrases teach re-usable pieces of the fabric of music. Just like a recipe book or a code pattern that can be re-used in many projects, future songs will surely employ similar melodic, harmonic and rhythmic ideas. Music performance, composing and listening becomes easier as we progress. This is in fact the basic concept of object orient programming for computers. By designing a library of re-usable components, programmers can quickly put together new projects by cobbling together pre-build elements. Learning a later song is easier because the old one had similar patterns. And then, creating variations is now an option. 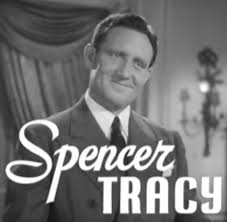 The famous actor Spencer Tracy was once quoted,

“Know your lines…and don’t bump into the furniture.”

You could say the same of music.  Know the notes.

How can you make the music your own without knowing it at a deep subconscious level.
When I was briefly an actor, I took a wonderful class in
the Meisner technique. The basic exercise was called the Repetition technique. It consisted of 2 or more actors on a bare stage with minimum set props. It was improvisatory in that each would only repeat what the other said until there was a natural impulse to say something else. What was amazing was that the inane conversation became full or emotion and life immediately as the words were not hindering the emotion. It’s the same thing in music. But, we need to know our parts. Of course, in jazz, improvisation is the raison d’etre, but there is still an agreed-upon structure.
We need to get to the very heart of emotion in the music, and the only way is to memorize, internalize, and interpret as our own. To know the music fully.

To make your music tell a story, you need to have a physical comfort level with it. You can’t NOT know your parts. Otherwise it’s like the actor who doesn’t know his lines…you don’t believe them.

Instrumental Music is extremely abstract. Pop and folk songs with lyrics provide a narrative focus. But pure instrumental music can benefit in having some kind of narrative in that it can bring a piece to life. Make up a storyline for your piece! Sometimes this is relatively easy as the music is dramatic and narrative by nature.   Disney realized how Dukas’ Sorceror’s Apprentice was perfect in that it told the story.  Take a look.

I’ve been astounded by the difference in performance by some of my youngest students when they add a storyline to their piece. What’s even more amazing is that 6 year stories are all pretty much the same! But the music sparkles!

Having a mind full of pieces to perform at a moment’s notice is a wonderful thing. It’s what makes one feel like a truly accomplished musician. And, you never know when your Aunt Harriet is going to pop over with her friends and ask you to play “something sweet.”

So how does memory work? Scientists still know only a fraction of how the brain works, but we’re learning more everyday. There is still so much research still to be done.

So far, it seems that there are some generally agreed-upon concepts.

Storage – There’s short term and long term. It seems we are similar to computers in that we have temporary space for short term and commonly used information. If we don’t use it, we lose it, unless we consciously store it in an organized way.

Retrieval– Getting the right information out when you want it is possibly the trickiest. Many scientist believe that the human mind never forgets anything, it’s just difficult to retrieve on command. But, repeated retrieval places the keys to a specific memory in a prominent location. So if you want to remember where you put your keys, try saying it aloud when you put them down. And, practicing your piece on your instrument at repeated intervals is like oiling the doors to that memory closet.

How To Memorize Music

In a famous study done by George Miller at Princeton University they discovered that humans can memorize up to 7 discreet bits of information, plus or minus 2. But chunking this into groups greatly increases the amount that could be stored and retrieved easily. We can apply this to music memorization.

To start memorizing, I suggest with a small chunk or part, perhaps even as little as 3 to 4 notes. The younger the student, the less notes. As they learn, we can go to the next chunk, and after mastering and memorizing that, we group those two chunks together. By continuing to add to the memory in small groups, and then synthesizing those into a larger whole, the entire piece can be memorized quickly so that a piece with several pages can be played from memory easily.
Some common breakpoints would be first measure, then second measure, then group them together. Then do the next 2 measures that way before you group together the entire first stave. Then A section can be memorized as contrasted to B section, etc.

An extremely effective way of learning a new piece is by listening to an existing recording. This is, of course, the bedrock of the Suzuki program of music instruction.

At higher levels, this may influence the styling of the performance, but that’s why we listen to great performances! Better to mimic the masters. You can also record yourself playing the piece slowly to listen to it over and over again.

Writing as a Memory Aid

Actors learning lines often write and re-write their lines without punctuation, like a long run on sentence. Why no punctation? By learning the words as raw material, they can add their own punctation depending on the emotion required for the scene. We can do the same for music, though the punctuation is usually dictated by the composer in terms of tempo, dynamics and accents, etc. By copying the music to staff paper, another method of input has been created both visual, kinesthetic and even aural through mental memory of the sounds. As a composer, I’ve gained invaluable details and nuances by just copying pieces of music. The physical act of copying does something that internalizes into the mind and body. It’s why the great painters all learned by copying the masters at the Louvre.

Another technique to memorize is by relying on the auditory, and kinesthetic only. By blindfolding, or closing one’s eyes, or even turning out the lights, the musician can practice

I’ve heard of stories where prisoners of war without access to their instruments practice completely in their mind, visualizing the experience completely, hearing it in their mind’s ear and seeing themselves in the mind’s eye performing their piece perfectly. These people return from their isolation playing better than before! I’ve told a few of my students about this and you can see in this video, my student Mitra is actually visualizing herself right before she performs onstage. Wonderful!

My son Alejandro has been working on a difficult piece by Bach and he recently told me that every night before he goes to sleep, he visualizes himself performing this piece. Wow! I don’t even recall telling him to do this!

An Odyssey, A Memory Palace

There’s a lot of wonder at how some of our ancestors could remember stories to pass on to the next generation. One was was through the use of rhythm and sound in the form of poetry, a kind of word music. By linking the sounds with the imagery in the stories, whole long passages could be told and memorized. By singing the melodies of the piece you are trying to memorize, you are using these very techniques and internalizing the music. Glenn Gould would sing all his parts incessantly to the point where he never stopped singing even when performing in public or recording his piano pieces.

There’s also the technique called the Memory Palace, where using the memory of a physical place you know intimately such as your own home, you could “store” information in specific locations. So, to remember things in a specific order, you could then mentally walk through your palace and retrieve the information. I found this book where it taught me all the names of every play by Shakespeare in the proper order, and lo and behold, it works! Now I should really do this for something more useful like song lyrics as I’m terrible at remembering them.

The Benefits of Memorization

Now the greatest thing is that these memorization and learning skills are applicable and transferrable to the rest of your life, forever! You can use them to learn anything like languages, careers, work stuff, school, research, anything! You are basically learning to operate your mind. How to store information, keep it fresh, retrieve it when you need it and then use it to combine, build, mix, remix and synthesize all you want. And to think you got all this from memorizing your little recital piece!

Andrew Ingkavet sparks wonder, creativity and growth through music as an educator, author and entrepreneur. Insatiably curious - a polymath with a love of travel, food, and ideas, he uses music to lead us back to our unique authentic selves. Let your truth song resound! Break free of ignorance! Let your inner lion roar!